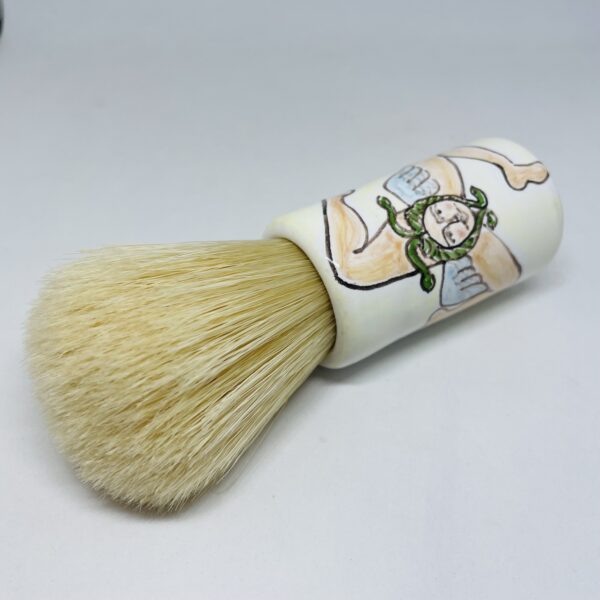 When the art of a little fan of the father becomes a gift!

The drawing was provided to us by little Andrew, to make a set (here you can see the brush) to give to the father … thus the “Andrew” model was born in honor of the little artist!

The trinacria in heraldry is a female head with three bent legs (triskelion) from it.

The trinacria is the symbol that represents Sicily and which is therefore represented in its official coat of arms; this association is due to the particular geographical configuration of the island, characterized by three promontories, Passero, Peloro and Lilibeo and three vertices that immediately refer to the triangle. (Wikipedia …).

All images are for illustrative purposes only.
Each PantaRei production is the result of a 100% handicraft job, which is why they may indicate a slight difference in the finished product.


As a handcrafted piece made to order, the approximate delivery time is 40 working days, starting with the commissioning of the order.