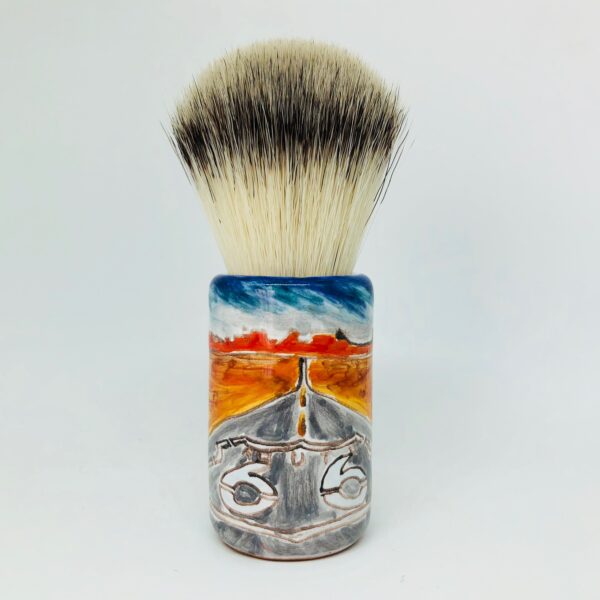 U.S. Route 66 (US 66 or Route 66), also known as the Will Rogers Highway, the Main Street of America or the Mother Road, was one of the original highways within the U.S. Highway System. US 66 was established on November 11, 1926, with road signs erected the following year.[4] The highway, which became one of the most famous roads in the United States, originally ran from Chicago, Illinois, through Missouri, Kansas, Oklahoma, Texas, New Mexico, and Arizona before ending at Santa Monica, California, covering a total of 2,448 miles (3,940 km).[5] It was recognized in popular culture by both the hit song “(Get Your Kicks on) Route 66” and the Route 66 television show in the 1960s.

US 66 served as a major path for those who migrated west, especially during the Dust Bowl of the 1930s, and the road supported the economies of the communities through which it passed. People doing business along the route became prosperous due to the growing popularity of the highway, and those same people later fought to keep the highway alive in the face of the growing threat of being bypassed by the new Interstate Highway System.

All images are for illustrative purposes only.
Each PantaRei production is the result of a 100% handicraft job, which is why they may indicate a slight difference in the finished product.


As a handcrafted piece made to order, the approximate delivery time is 40 working days, starting with the commissioning of the order.